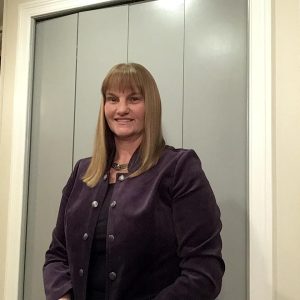 Lori Barnard, calls the Northwest corner of Vermont home. She is a USEF “R” dressage judge and is
currently in the “S” judge training program. She has earned her USDF Bronze, Silver and Gold medals on
horses she has trained.

For over 25 years, Lori has trained horses and riders from the early stages through the FEI levels,
helping many earn their USDF medals and compete at Regional championships. She is an active
competitor herself and is currently enjoying developing her own young horse. Presenter of sport horse Seminar at Hilltop Farm in Colora MD and at Christiane Noelting Dressage Center in Vacaville, Ca. Sue passed away unexpectedly April 25, 2021.
We wish to honor all the suggestions she gave during the development this website.

Sue Curry Shaffer is a USEF “S” Dressage Judge, and a member  of the  USDF L Faculty. She owns Fairwind Farm in the beautiful Wine Country of Santa Rosa, CA. Sue and her students have been successful for many years in all levels of dressage from Training Level to Grand Prix. Sue has been instrumental in helping many of her riders achieve their goals with multiple students earning their Bronze, Silver and Gold Medals. She has competed at the FEI levels for over 20 years and has had multiple horses in the top ten nationally. Sue is a sought-after clinician and respected judge. She has been assistant director for the USEF Para Equestrian Forum at the Dressage Affaire in Del Mar, commentator for both the Dressage Affaire and for the Dressage in the Wine Country. She’s a successful breeder of Oldenburgs. Many of Donnerschlag’s offspring are now competing through the FEI level. Most importantly she is known for her empathetic and positive touch in bringing out the best in riders and their partners. Sue was published in Dressage Today’s March 2014 Edition. In 2018 was awarded the prestigious Sonoma Horse Council Equus Award.

Jodi Ely has earned her USDF bronze, silver and gold medals. She holds USEF “R” English and
Western dressage licenses, USEA Young Event and Future Event horse licenses and is certified for
Freestyle. She is currently in the USEF “S” judges training program and is competing her Dutch
Warmblood at Grand Prix.

Jodi has over 30 years’ experience riding, teaching, and training in dressage and eventing. She owns
and operates Trista Farm LLC which has locations in Minnesota and Florida. 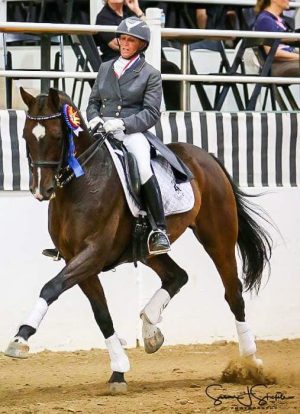 Dedicated to the art of dressage, Fran has trained countless horses and riders to compete at all levels. She has a unique ability to work with horses of all breeds and temperament. 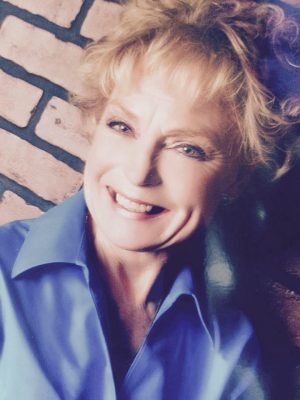 Cindy is a USDF Bronze, Silver and Gold Medalist and a USEF “S” judge. She has created and ridden a musical freestyle at almost every level and has a Performance certificate at nearly every level as well. It was while living in Switzerland that she first discovered dressage in 1977. Upon returning to the US she has been active in ESDCTA, USDF, USEF and the USET. She has helped organize many judges forums, held two highly popular Dressage Adult Camps at the USET, and has served as the Adult Education Coordinator in Region 1 for USDF. A popular judge, clinician and instructor, her main objective is to emphasize both proper riding equitation and correct schooling of the horse.  She has competed her five horses, at Training Level through Grand Prix. Cindy owns and operates Puddingstone Farm in Blairstown, New Jersey, a training facility, and lives there with her husband Bob and their two Leonbergers.  She also had the good fortune to train with Martina Hannover of Germany and hopes to return there again soon. 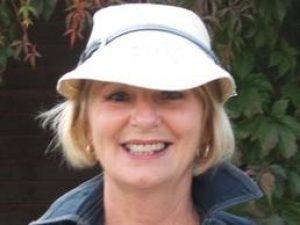 Personnel riding accomplishments include Provincial and National awards and championships from  Basic through Grand Prix. She was long listed in 1989 & 1990.

Having trained and competed from basic through Grand Prix, she is cognizant of the time and expense involved in developing a competition horse at any level. 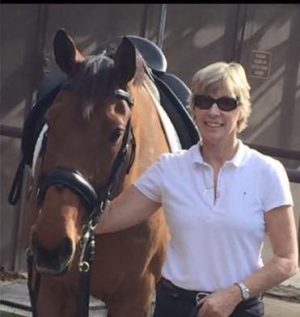 I am a Dressage trainer, clinician, competitor and USEF “S” judge. I have trained and shown horses through Grand Prix earning USDF Bronze, Silver and Gold medals. I have also coached and trained clients to earn their medals through the Gold. I have qualified horses at all levels for regional or national Championships, including Grand Prix.

in Pennsylvania with a diploma in riding, teaching, training, and stable management and have over 40 years of experience in teaching and training.

I have ridden with some of the top Dressage clinicians in the industry. My program is adapted to the horse and rider at a level comfortable for both, using the training pyramid when teaching. I love to encourage all students to be familiar with the criteria within the levels.

As a clinician, I explain from the judges’ viewpoint the movements and the way the scores are earned. A belief that a dialogue between the riders, auditors, and myself is important during the clinic to further understand the training process.

My philosophy in teaching and in training is to always show respect to the horse. At no time is compromising the horse mentally or physically permitted to achieve a result. 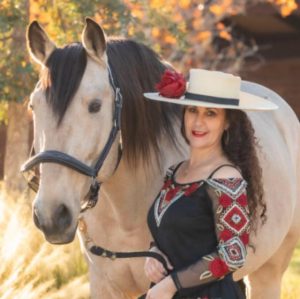 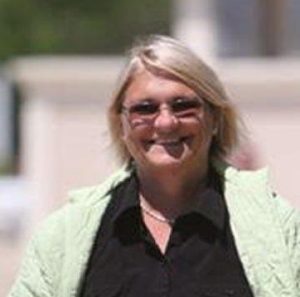 Natalie Lamping has judged most of the major Olympic and Pan American Games selection trials for the USET Dressage Team for the last 35 years. She’s been, a long time figure at such important competitions as the NAYRC, Palm Beach Dressage Derby, Dressage at Devon, FOC, and US Nationals. A now retired FEI 4* and Young Horse judge. Natalie is a USEF Senior judge and one of two still actively judging for 51 years.

Natalie is also an examiner for Dressage Judge’s program, and has run many Judge’s Forumns on behalf of the USEF. She has a limited clinic schedule so as not to conflict with her judging scheduling. She has developed many successful horses and riders, many who were young rider or amateurs to the Grand Prix Level.

Natalie’s life has always been about horses, and has she attained vast knowldge from her experiences as a rider, coach, trainer and judge. The first receipient of the USDF Sivler Medal, she has since earned all three medals and has won USDF and USEF year-end awards on several horses throughout her career.

The founder of AADA, Lisa is a USEF ‘S’ Dressage Judge and USDF Gold, Silver and Bronze medalist

Lisa is the first judge to not only have ridden twice in the US National Finals but also to have judged the Finals in 2019. Lisa has trained and shown several horses to Grand Prix. Her current horse, Qrown Prince is on his way to Prix St Georges in 2020. In 2018, he showed Third level with many scores in the 70’s and qualified for the USDF Regional Finals were he was in the top 9 placings. “Prince” also in 2015 won the Region One Championships at Training Level then on to place eighth at the US National Finals at Training level. 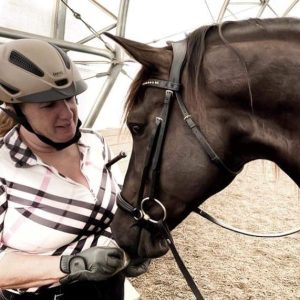 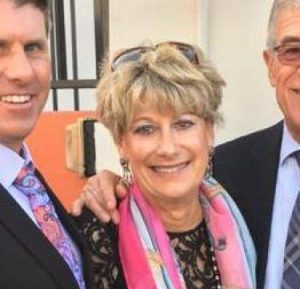 JANET IS AVAILABLE FOR COACHING ONLY

Janet’s interest in dressage started when she lived in Oxford, England, and she passed several British Horse Society Instructor Exams. She is currently an FEI 5* judge and a USEF “S” Dressage Judge. She also serves as an FEI Technical Delegate.

As a rider and trainer, Janet has won her USDF Bronze, Silver and Gold Medals and gives clinics throughout the United States. Her students have also won many Bronze, Silver and Gold Medals and National Titles.She writes articles for various horse magazines and was involved in producing and writing the scripts as well as doing the voice overs for several USDF judges training videos and three times for the USDF On The Levels.

She has written two best selling books: “Training the not so Perfect Dressage Horse” and “Dressage Solutions” both published by Trafalgar Press. She has served on the Board of the USDF, AHSA, USEF as well as serving on the current USEF Dressage Sports Committee and International Disciplines Council. 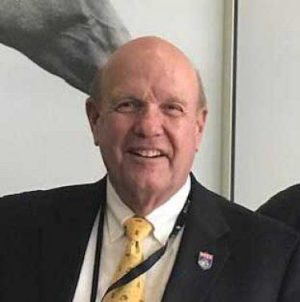 DAVID IS AVAILABLE FOR COACHING ONLY

David Schmutz was born and raised in Los Angeles, California.  He starting riding late in life, while in graduate school for his MBA.  He had the great opportunity to ride with a very prominent elderly attorney, who needed one of his three horse exercised.  During many mornings, they would meet at 6am where they would ride the trails of Griffith Park in Los Angeles.   After graduate school, David  purchased his own horse, a thoroughbred, and continued training on the Griffith park trails and local jumping arenas.

While owning and managing  “The Paddock Riding Club” in Los Angeles, he graduated the USDF ‘L’ Program with distinction and then received his USEF Dressage ‘r’ certification.

It was while working on his promotion to become a USEF ‘R’ Dressage judge, that USEF offered a clinic on judging Para Equestrian riders.  Through the help of international judges Inger Bryant and Anita Own, David obtained his IPEC (International Para Equestrian Committee) approval.  Not long after, the FEI also began approving these types of competitions, Dave received his FEI card as a 3* Para Judge.  He presently holds a 4* certification.

David continues to enjoy his dual roles as judging in addition to clinics,  helping both able-bodied and para athletes achieve their best.  See more details on his website at: www.gdsdressage.com